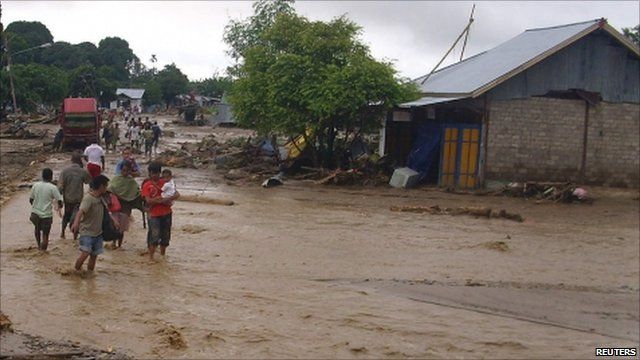 Dozens have been killed by floods caused by torrential rain in Indonesia, with dozen more still missing.

Floods and landslides are common during the Monsoon season usually between October and April in the Southeast Asian archipelago.

Flooding within and around parts of the capital, Jakarta have killed two people last week and have forced more than 2,000 people to evacuate their homes.