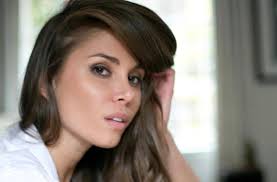 Davila Sosa, former Miss Uruguay is dead. She was discovered hanging in the bathroom of her hotel room in Mexico, in the early hours of Thursday.

The 31-year-old won the Uruguay pageant in 2006, she represented Uruguay in the 2006 Miss Universe pageant and also went on to compete in the 2008 Miss World Contest.

She had arrived in Mexico City on April 23rd according to officials and a homicide investigation has been opened to ascertain the cause of her death.