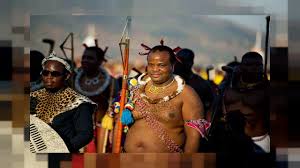 The King of Swaziland, King Mswati III has ordered men in his country to marry two or more wives because of a shortage of husband that has hit the country or face a jail term.

The declaration was made in Mbabane, Swaziland, that from June 2019, men in the country will be required to marry at least two or more wives or risk a life sentence, for failure to comply.

He also gave assurances that the government will pay for the marriage ceremonies and also provide houses for men who comply.