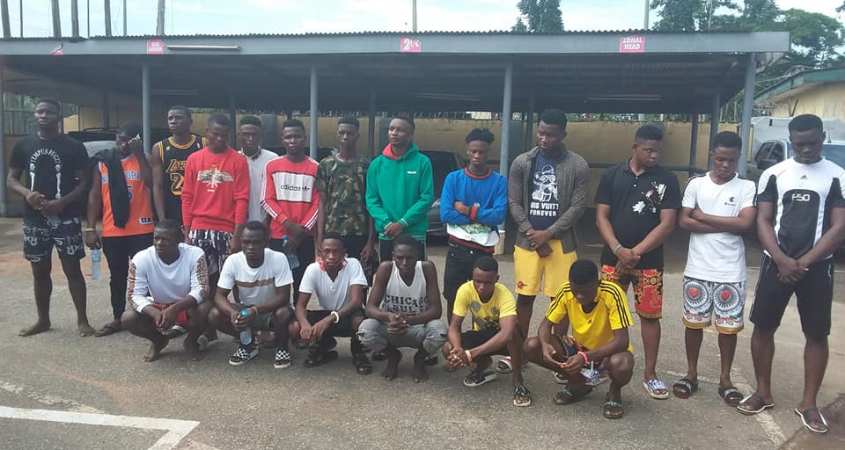 22 suspected ‘Yahoo Boys’ have been arrested by EFCC operatives during an early morning raid in Sapele, Delta State.

A tip-off had led to the arrest of the suspects who are between the ages of 18-30 years.

Some of the items recovered from the suspects are-iPhones, phones, ATM cards, laptop and three exotic cars. The cars are- Chrysler 300, Benz ML 300, Benz C350.

The suspects will be charged to court as soon as investigations are completed.