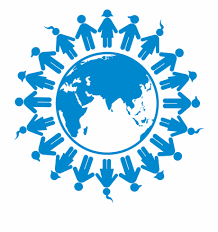 According to the UN’s, 2019 World Population Prospect Report released Monday, India will overtake China as the world’s most populous country in less than a decade.

China is currently home to about 1.4 billion people and India to 1.3 billion, both currently accounting for about 37 % of the entire global population of roughly 7.7 billion people.

It is projected that by 2027, India will have more population than China and the gap is expected to widen even further by 2050.

China’s population is expected to shrink by 314 million or 2.2%. That would put China’s population at 1.1 billion, less than the 1.5 billion predicted for India. The report predicts the world’s entire population will be 9.7 billion people in 2050, a staggering rise in just one century.

The global population was a mere 2.6 billion, five years after the United Nations was founded in 1950. The UN compiles the report using demographic trends and relevant patterns in human fertility, mortality and migration, with the sole aim of providing governments with information as they work towards UN’s 2030 Sustainable Development Goal.

China has reversed its infamous One Child policy to encourage population growth to tackle a looming population decline for years, with the country’s population rapidly aging and birth rate falling. But with the population facing rising costs of living, attempts to push up the birth rate have failed.

According to the report, more than half of the predicted global population by 2050 will be clustered in just these countries-India, Nigeria, Pakistan, The Democratic Republic of Congo, Ethiopia, Tanzania, Indonesia, Egypt and the United States.