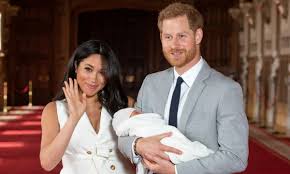 The British press has accused Meghan Markle of being “difficult”, following changing nannies for the third time in six weeks.

The Duke and Duchess of Sussex welcomed their first child, Archie on May 6, 2019 and have had to employ a professional nanny.

According to Daily Mail, at least two of the three nannies recently employed a few weeks ago were so upset, that they had to quit.

Other news publications reported that Meghan has lost some staff following her marriage to Prince Harry because of her demanding nature. She lost a personal assistant, private secretary and personal bodyguard and now nannies are leaving as soon as they are employed.

But a palace rep does not agree with Meghan being labelled “difficult”, saying that the couple’s decision in choosing a nanny for Archie was “deeply personal” and “depends on the needs of the baby and parents”.