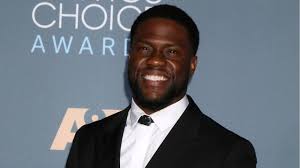 Local police said Hart and two other people veered into a ditch in Malibu Hills just before 1 am on Sunday.

Though the comedian was not driving, crash scene video shows his Plymouth Barracuda deep in a gully about 10 feet off the road. It was learnt that Hart was able to exit the wreckage himself and was picked up by his security team.

The third person in the car is a woman and was not hurt in the accident, but the driver also suffered back injuries and both their identities are not yet known.

Alcohol has not been determined to be a factor in the accident.

Hart had bought the car in July as a birthday gift to himself when he celebrated his 40th birthday.