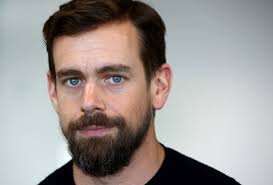 Announcing his arrival in Lagos, he tweeted ‘So grateful to finally be in Nigeria’.

The Twitter CEO will be visiting Ghana, Ethiopia and South Africa during his tour of Africa, which he said will last the entire month of November.

Although his planned visit to Africa was known, his itinerary was a secret until he arrived Lagos yesterday.

Dorsey attended dinner with some tech industry leaders and media personality, Toolz on his first night.